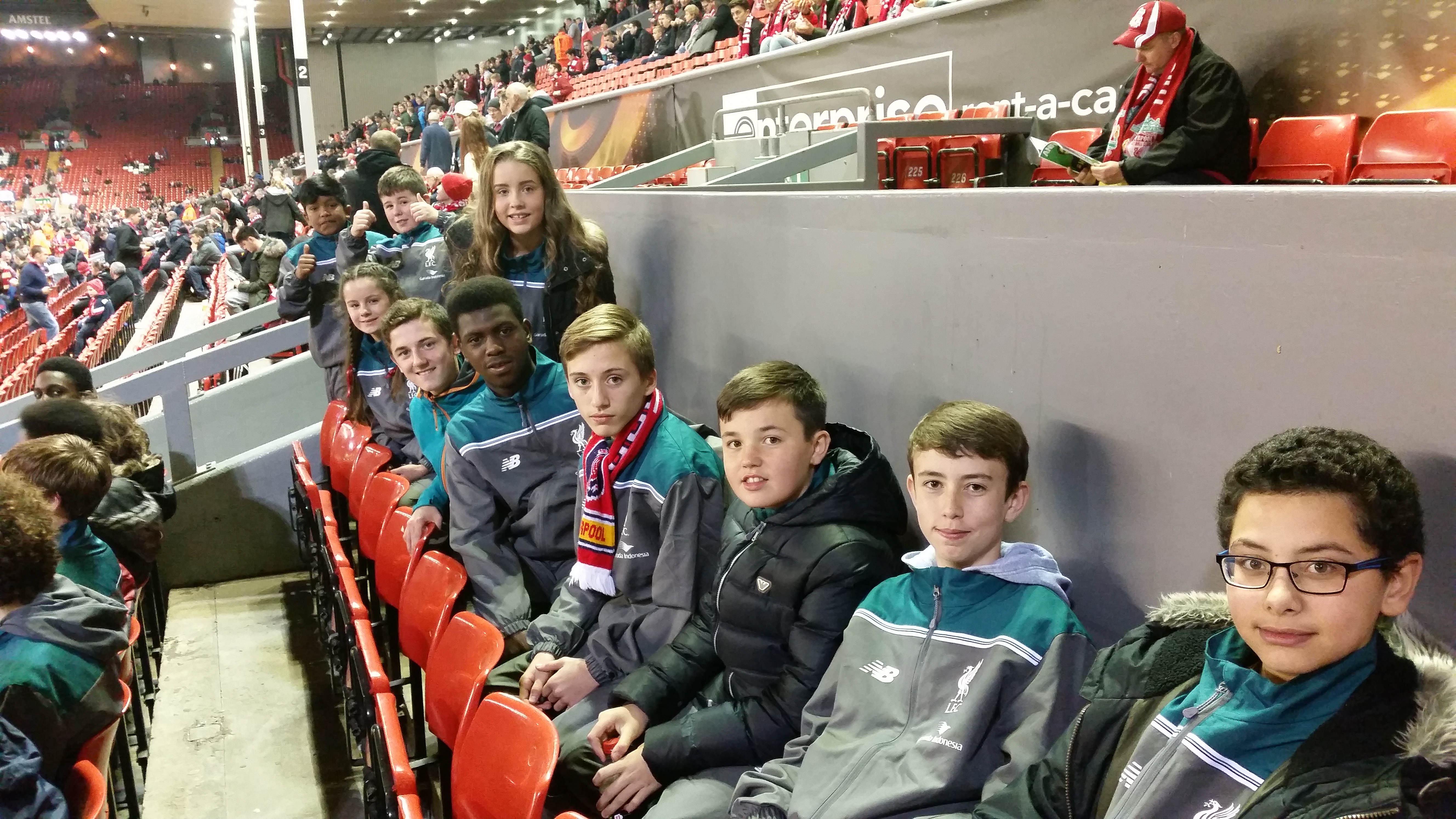 Year 9 students with high levels of attendance and good attitudes to learning across term 1 were rewarded with the arrangement of an after school football competition. Over 50 students took part in a closely contested game, consisting of Man United, Chelsea, Everton, Man City, Arsenal and Liverpool.

Despite Mr Callan’s best efforts the Liverpool team ultimately triumphed in a nail biting final over Man City. The winning team were given the opportunity to act as flag bearers for Liverpool Football Club in Jurgen Klopp’s first game in charge at Anfield in the UEFA Cup against Ruban Kazan. A selection of other students with outstanding attitudes to learning across a range of subjects in term 1 also got the once in a life-time experience.

The students were on the pitch just before kick-off and got to experience the Kop singing “You’ll Never Walk Alone” standing just yards from their idols.

The students said “It was great to get to play football with some of the players from the school team” and “Standing in the centre circle as the Kop sang was the best feeling in the world.”

Mr Callan said “even though Ruban Kazan were robbed of a victory it was great to experience Anfield. I would like to thank all students who took part in the football competition and more importantly all of Year 9 for their ever improving attendance levels.”