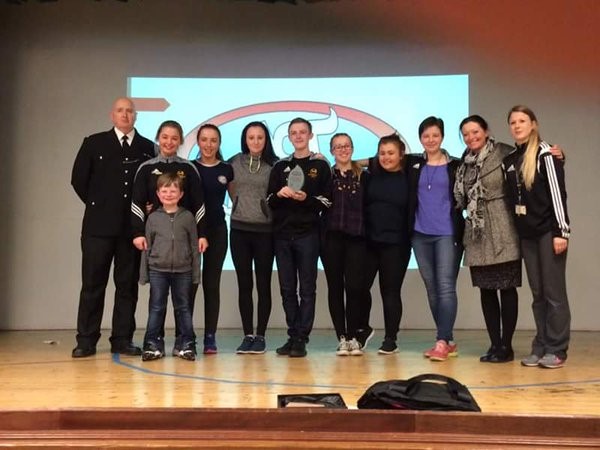 Act Together is a Merseyside Police / Citysafe initiative that has been an annual event since 2008. Schools across the city are asked to produce a 10-15 minute piece of original drama which they will then deliver to young people not only within their own school but also at Primary Schools and Community Events in their locality.

Wednesday 16th March saw this years Gala Evening when all the participating schools got to perform their productions to an invited audience of guests and dignitaries including Assistant Chief Constable of Merseyside Police Ngaire Waine, Superintendent Mark Morgan, The Lord Mayor of Liverpool Councilor Tony Concepcion and Mayoral Lead for Community Safety Councilor Emily Spurrell, as well of course as family and friends of those participating.

The evening was a great success with North Liverpool Academy getting a special mention from Assistant Chief Constable Waine for us being one of only two schools across the city to have supported the initiative on each of the nine years that it has been in existence. During that time our students have delivered 67 performances to almost 13,000 young people on subjects including Gangs, Happy Slapping, Cannabis, Hate Crime, Knife Crime Cyber Bullying and Nitrous Oxide Abuse.

This year it has been a group of year 12 Performing Arts Students who have taken part in the initiative. They chose the difficult topic of hate crime particularly in relation to Religion and Religious Beliefs. Since January they have been working hard together with their teacher Hana Greaves in conjunction with Constable Alan Landrum from Merseyside Police Community Engagement Unit and our school Police Officer Constable Paul Bain creating a moving piece of drama on this subject.

They have already performed the play at several year group assemblies within school and will shortly be delivering it to a number of our feeder primaries. In addition after last nights brilliant performance they have had enquiries from several outside agencies in relation to delivering to their community groups.