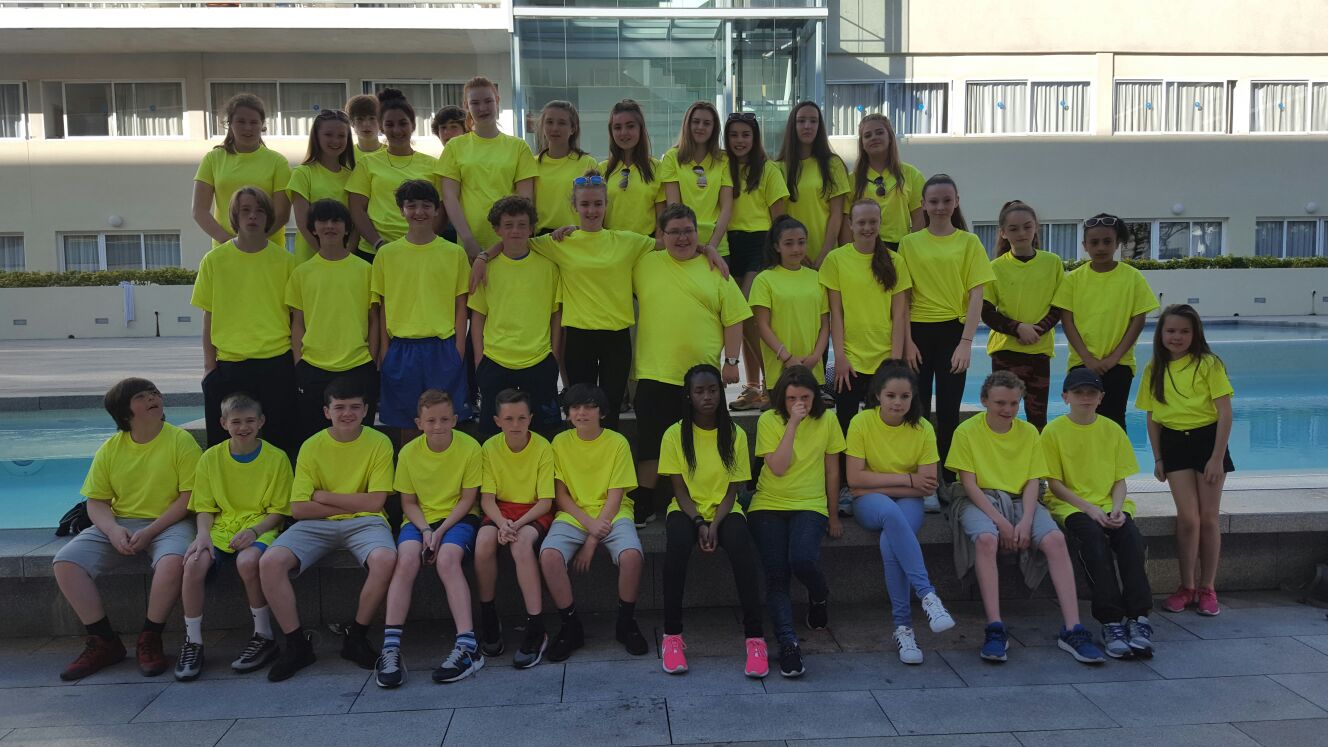 During the May half term 37 students and 5 staff went on a trip to Spain, we arrived at our hotel  in Salou late on the Sunday night had a quick meal and got settled in our rooms ready to start our holiday.

The first day we visited Port Aventura Theme Park, the rides and attractions were both exciting and terrifying, particularly the Hurakan Condor which is 300ft tall! The weather was glorious and there were a few sunburned faces at the end of the day!

The next day was the Aquapolis Water Park, all of the students enjoyed spending the day on the many water slides that the park has to offer. The evening entertainment brought us karaoke which saw some of our students take on some absolute classics!!

The Wednesday was all about the football, both the girls and boys had intensive training sessions in the morning and all gave it their best efforts. In the afternoon the boys had their football tournament while the girls had a free afternoon and went to the beach and shopping. In the evening both the girls and boys teams set out for their fixtures against the Spanish side that they had been allocated. The boys played against Escola F. Pla de Sta Maria and even though they lost they brought it back to 5-4 from 4-0 down. The girls played Tancat Vendrell and let’s say they had a good time!!! After the matches all teams got back to the hotel for the final night disco.

Thursday morning arrived and after breakfast we packed up and set off for our day in Barcelona. Our first stop was the Nou Camp the home of Barcelona Football Club, after we had explored the stadium and the club shop we headed for the city centre. Next was our meal in the Hard Rock Café which was a great way to end our tour, we then spent a couple of hours wandering down the Las Ramblas visiting it’s may shops and attractions. Then unfortunately it was home time, we were picked up and taken to the airport to catch our evening flight and despite a couple of passport and boarding pass mishaps we all boarded the flight to Liverpool with a very tired but happy set of students and staff.

On behalf of myself, Miss Parsons, Miss Mutch, Mr Mulholland and Mr Ollerton I would like to thank all of the wonderful students that we took on this trip, their behaviour, sportsmanship and attitude was outstanding they were fabulous ambassadors for the school and should be very proud of themselves.