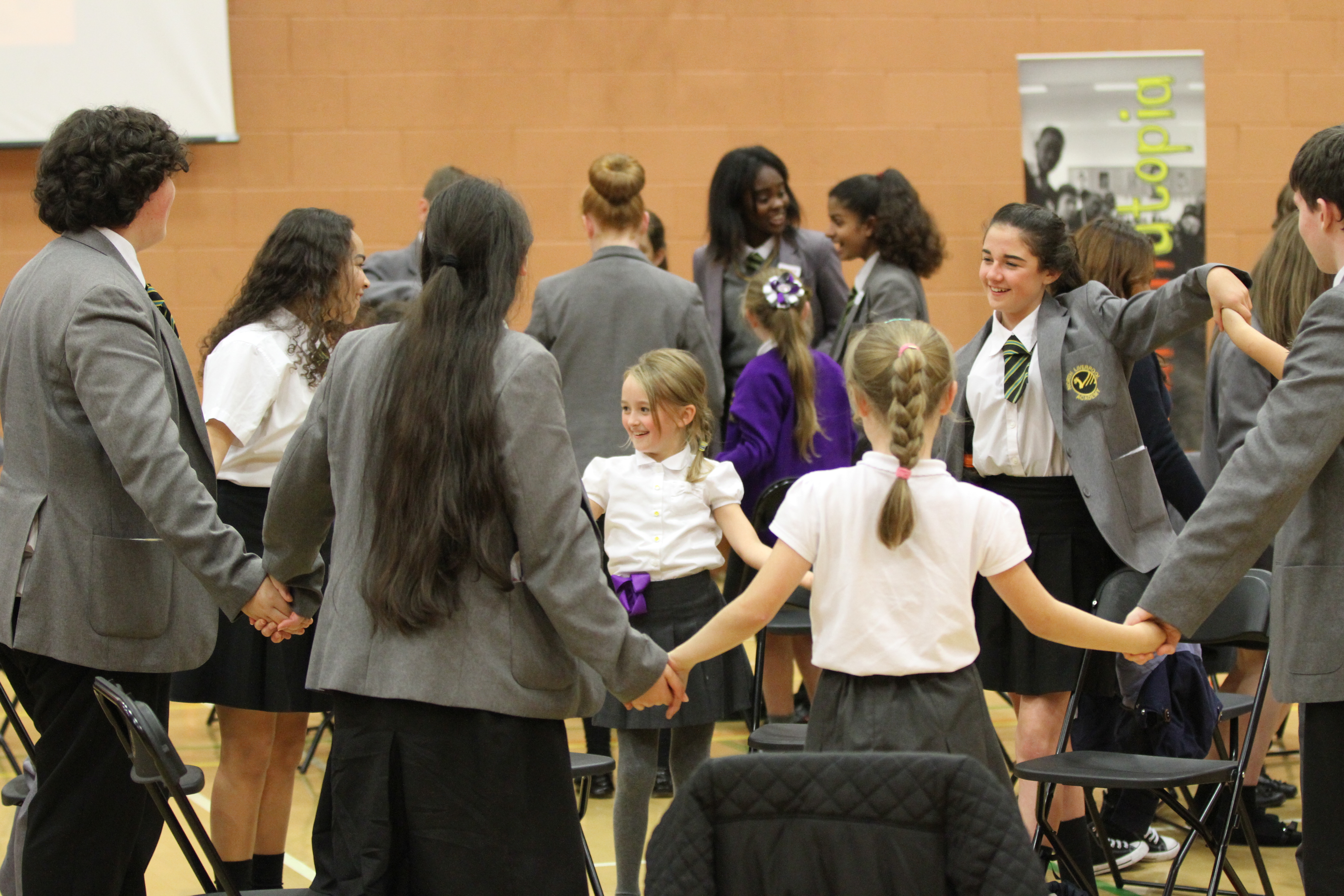 A group of Year 4 students from The Beacon Primary School joined us at the Academy this week. They were invited in to take part in the ‘heroes journey’ workshop delivered by Humanutopia, a social enterprise who work closely with young people across the UK.

Visiting students were joined in the sports hall by a group of Year 10 North Liverpool Academy students, who would also be taking part in the workshop.

The aim of the ‘heroes journey’ workshop is to help students develop essential life skills and to break negative cycles, in school with other students, teachers and at home with family members. The journey involves a young person joining a team of ‘heroes’, a group of older students who are committed to becoming good role models, ‘heroes’ to the younger student.

The workshop began by mixing students from both schools into small groups, with North Liverpool Academy students acting as the ‘heroes’ for the younger students from The Beacon.

After a brief group icebreaker where students learned each other’s names, birthdays and common interests, students moved on to a series of activities.

First up, students from The Beacon discussed their perceptions of teenagers, focusing in particular on how they feel teenagers act and behave when walking down the street with their friends.

The workshop burst into life for the next activity as both sets of students participated in a game of Ask Ben. Within their groups, students acted out certain motions; running, swimming, playing darts, baking, to which others had to guess what they were doing. Both sets of students were equally as energetic in acting out their motions!

The final activity of the day focused on dreams and aspirations, as students from both schools told each other their aspirations for the future. Our visiting Year 4 students were then invited up, one by one, to sit in the dream chair. Whilst sat in the chair they addressed the whole of the sports hall and told everyone their dreams for the future.

It was brilliant to see both sets of students bond together. Our Year 10 students certainly played up to the role as ‘heroes’ and were a credit to the Academy.