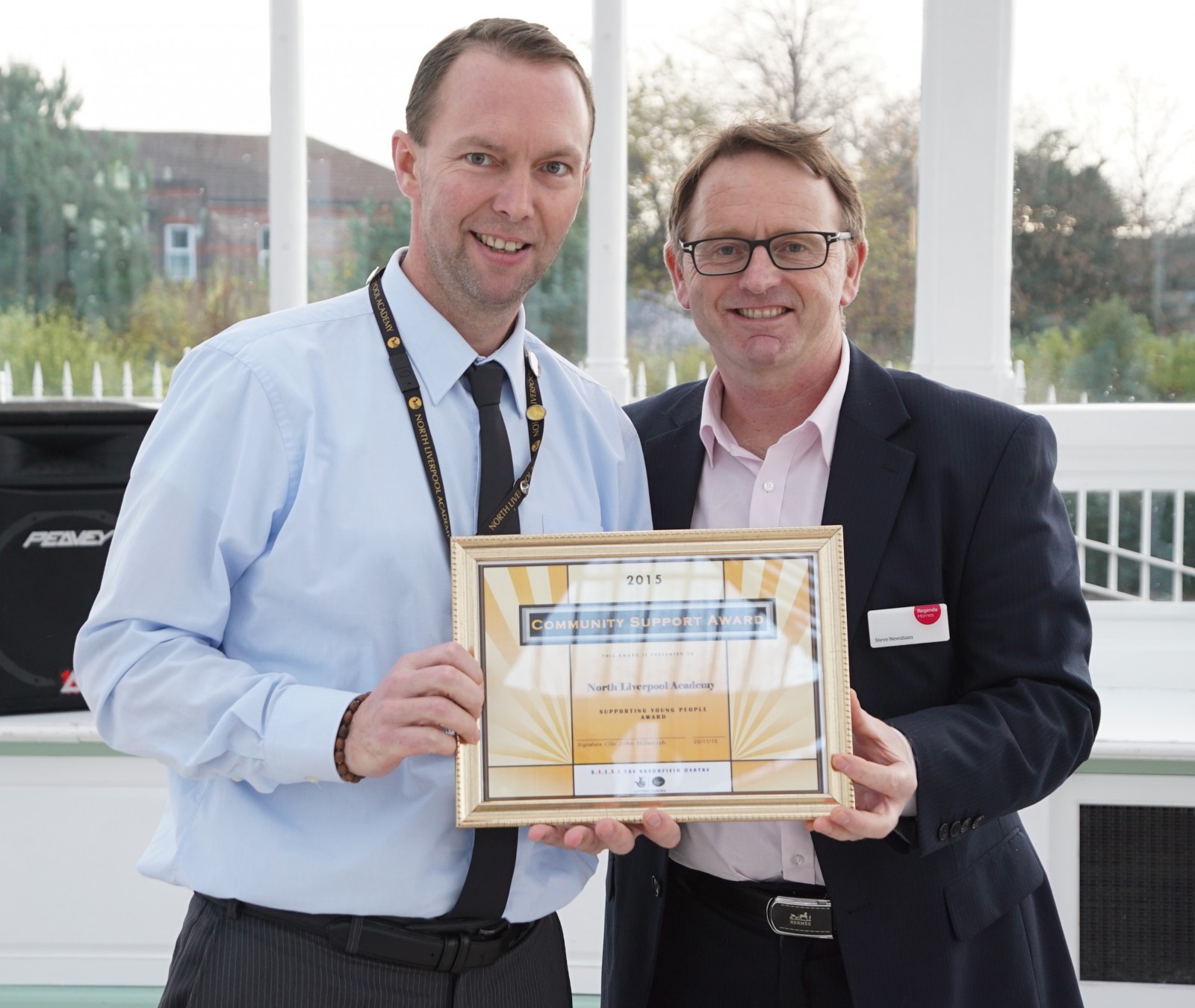 On Friday 20th November, the Isla Gladstone Conservatory in Stanley Park hosted the annual Breckfield Community Awards 2015 with North Liverpool Academy being successful in the Category of ‘Supporting Young People’.

The Breckfield Community awards are given each year to local organisations, individuals or community groups that are actively working towards the benefit of our community, either protecting ‘green’ spaces, planting trees, preserving natural environments or improving the lives of the people in our Community.

The Supporting Young People category focused on the amazing projects that have been developed over the past year, across our community.

For North Liverpool Academy our Sea Cadets Enrichment programme with Year 9 saw a huge change for the students on the course, with the majority of the group signed-up to the Uniformed Forces once they completed the course. We have agreed to continue the programme with Year 7 and 8 this coming year.

We also started a Gardening Club this year named ‘North Liverpool Academy in Bloom’ for all students, parents and  local community to get involved in. This project which was developed and delivered in partnership with apprentices and gardener volunteers from Regenda Housing. The Allotment now boasts three planting beds, a wooden pathway, a greenhouse, a herb garden and an orchard of fruit trees. We recently completed a second project also in partnership with Regenda Volunteers and the Woodland Trust, who supplied 30 tree saplings to our school free of charge. Our amazing Student Voice volunteers partnered up with the Regenda Apprentices to plant the trees around the front grounds of our school.

In conjunction with the BNENC (Breckfield North Everton Community Centre) we received funding through the Big Lottery to start a Walking Football League at the school for all ages and abilities in partnership with Everton F.C. which has become a huge success. North Liverpool Academy currently boasts a team called ‘Kendall’s Corinthians’ in the Over 40s league. Other clubs to field teams at our monthly tournaments are Wigan, Tranmere Rovers and Manchester City.

Other successful projects achieved this year include two wonderful events called Spring Forward Community Festival and Pink & Powerful, Giving Veterans a Voice in association with the LIPA Academy, wild flower planting in Everton Park with Kew Gardens and the Land Life Trust and the introduction of Family Learning Courses where students and parents are encouraged to join together to learn new skills in a positive atmosphere after school through the Alt Valley Trust.

The North Liverpool Academy recognises its role as a resource for the community and over the last year we have made a concerted effort to extend the availability and utility of our facilities, to mirror the need of the community that surrounds us. In this a special thank you must go to Bob Blanchard, Director of Funding and Development at BNENC. Also a Governor at the North Liverpool Academy, Bob was instrumental in helping many of these projects come to fruition.