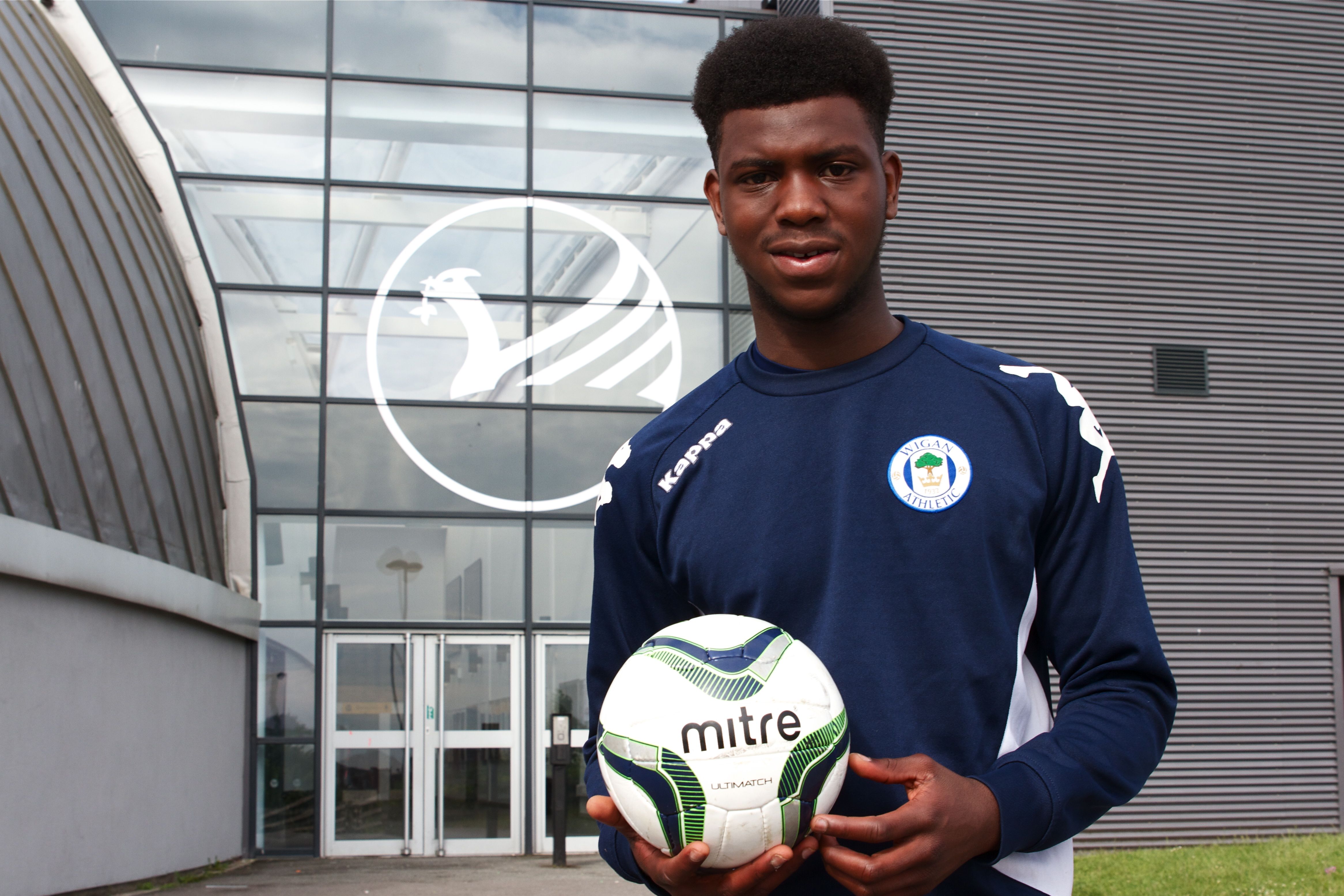 Following a successful first season at Wigan Athletic, Year 9 captain Stephen Shaba has penned a 2 year deal at Wigan Athletic. This follows an impressive season for Shaba having notched up 2 goals, 10 assists and 4 man of the match awards for North Liverpool Academy this season. Stephen was scouted whilst representing both Liverpool and Merseyside School Boy’s and had a number of clubs interested in him.

On the news Shaba said: “I am delighted to have the opportunity to play for Wigan Athletic Academy. I am determined to keep working hard to improve my game”.

Year 9 manager Mr Metcalf added: “Stephen has been in sensational form this season and the main key to his success is the hard work he puts in during training. Stephen is an excellent role model and we wish him the best of luck for next season.”