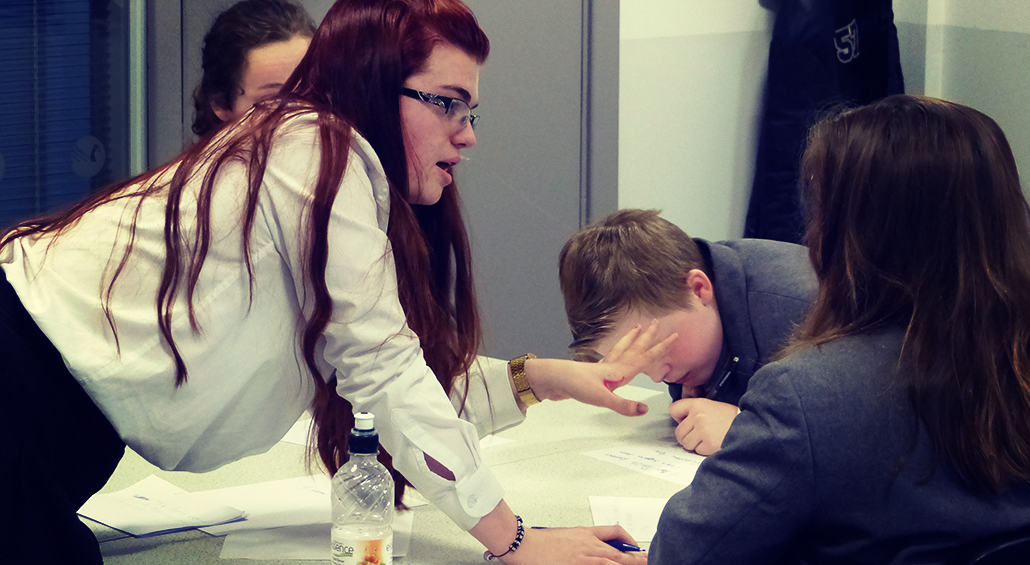 On Tuesday 10th March North Liverpool Academy was proud to host the second round of the Urban Debate League, a national debating competition.

Involving teams from Mosslands School, The Hawthorne’s Free School and Alsop High School, the competition was fun as well as fierce. One of the main debates considered if ‘football clubs should be punished for the behaviour of their fans’. The Academy was really well represented with 4 teams and pupils of different ages and experience working together. Particularly impressive was the performance of people speaking at the competition for the first time, and it was also great to see that this year’s sessions have made our more experienced debaters even better.

One of our teams won both fixtures and is in competition to be the best ranked team in Liverpool at the end of the season. The next chance for the Academy to compete is the Debate Mate Cup held against teams from all over Liverpool and Manchester.

Debate Mate has worked with the school for the last two years, it is a huge competition represented in more than 20 countries and involving more than 700 schools within England. Debate Mate use University students with debate skills to teach our pupils how to debate successfully, this is done through enrichment periods. They organise a range of competitions of which there are regional and then national stages. They also have a TV show following the club soon starting on Sky One.

Our school has a proud history in the competition with one of our teams unbeaten across the league last year and a strong showing in the cup.