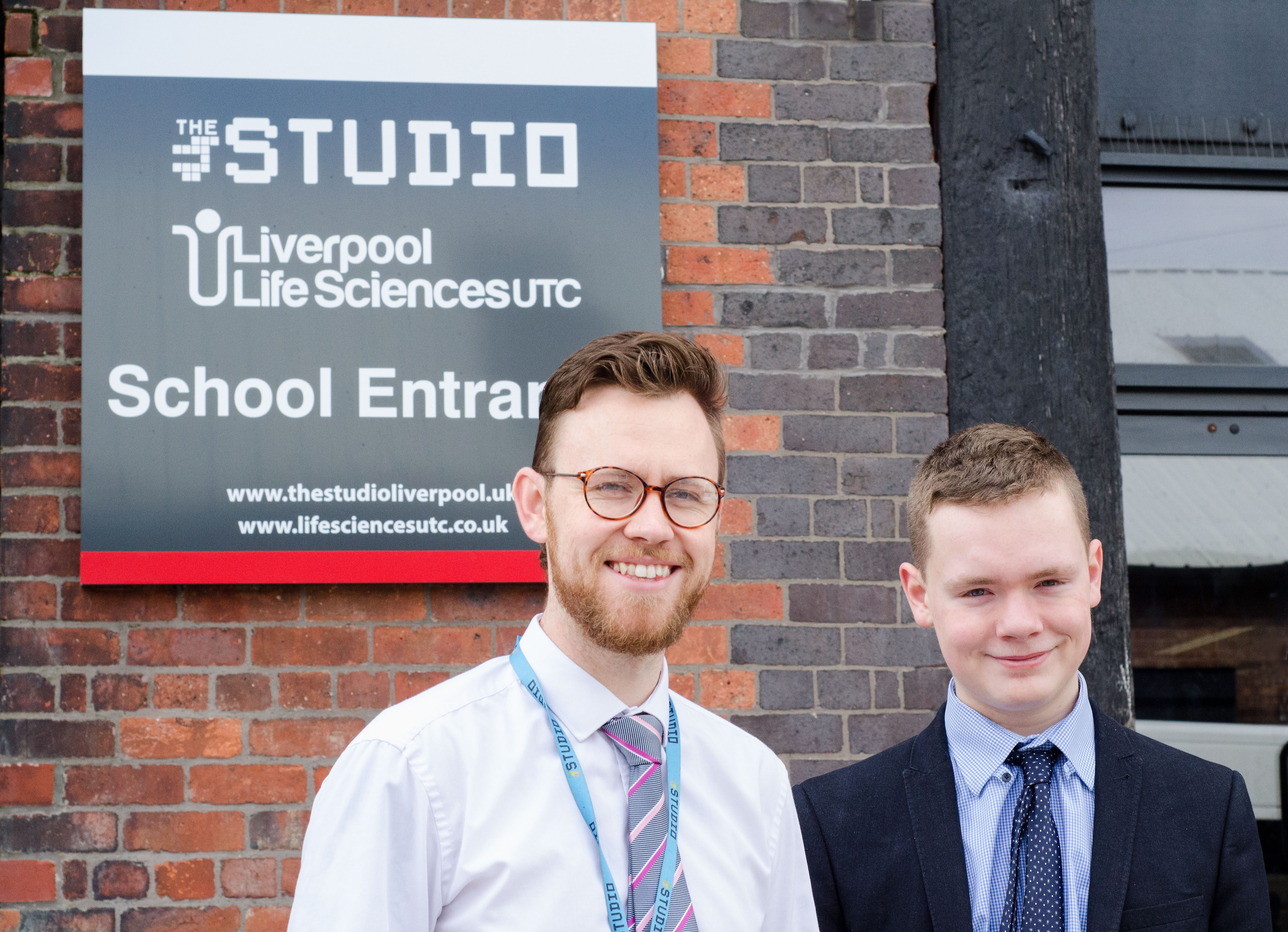 A student from The Studio has been selected as a finalist for this year’s BAFTA Young Game Developer (YGD) prize, beating thousands of young hopefuls for his place in the Top 10.

Jack Mills, 17, Wavertree, a Year 12 student at The Studio on Greenland Street, has been honoured for the creation of Utopia of Rhythm, an original platform game that incorporates pitfalls and obstacles with music and tempo.

Jack developed the BAFTA-nominated game during Creative Media lessons at The Studio, a state-of-the-art environment specialising in gaming, digital technology and coding. He said:

“The idea for Utopia of Rhythm came to me months ago and gradually grew into a fully-playable game thanks to support from my teacher, Alex Brewster, and my mentor, Ivan from Catalyst Outsourcing in Elevator Studios. 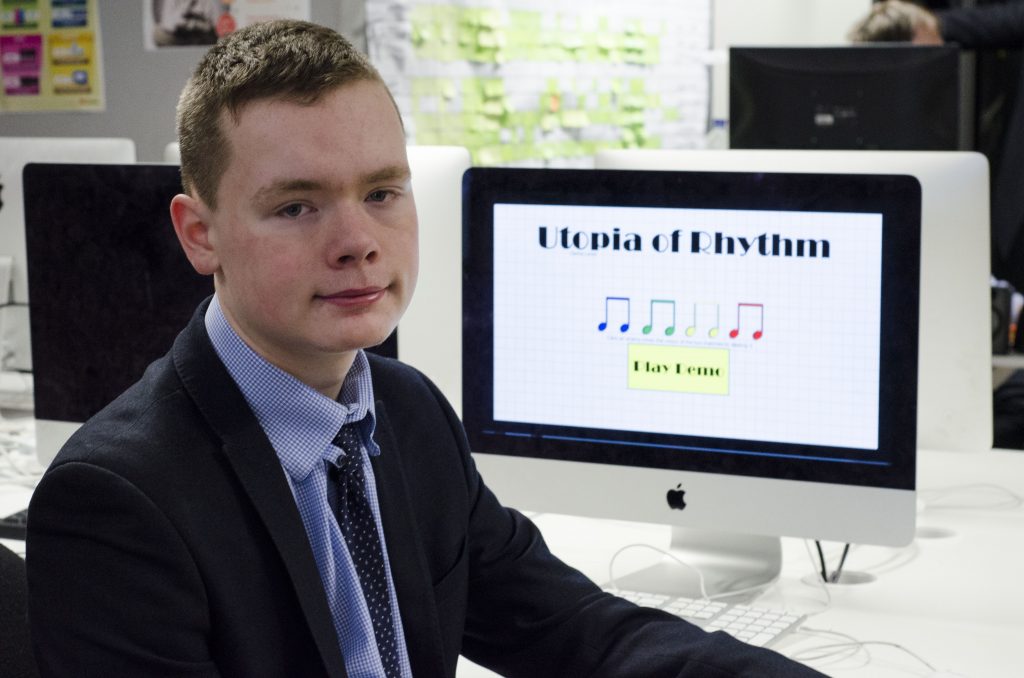 “For our latest project we received the guidelines for this BAFTA competition and were encouraged to design something totally unique, creative and interesting. I received a distinction for this game in school, but being shortlisted for the award was pretty unexpected – I’m over the moon!

“I’ll definitely be adding this project to my portfolio when I apply to universities. After I graduate from The Studio I’d like to study Computer Games Development at Liverpool John Moores University, and hopefully I’ll be working for a big gaming company in the future!”

Alex Brewster, curriculum leader for creativity at The Studio, has worked with Jack in Creative Media to oversee the development of Utopia of Rhythm. He said:

“We encouraged our students to think and work independently to produce a truly original game that wouldn’t have been played by a BAFTA judge before.

“Throughout the creative process, Jack’s project regularly evolved and questioned itself resulting in a fantastic platform game with acclaimed, national recognition.

“Not only did Jack produce an outstanding, industry-level piece of work for his final project of the school year, he also provided workshops in coding for his fellow students – I couldn’t be prouder of his achievements!”

Having already received the accolade of ‘One to Watch’ by The Studio at an annual awards ceremony, Jack could be adding another award to his portfolio at the BAFTA YGD ceremony in London on Saturday, July 25.