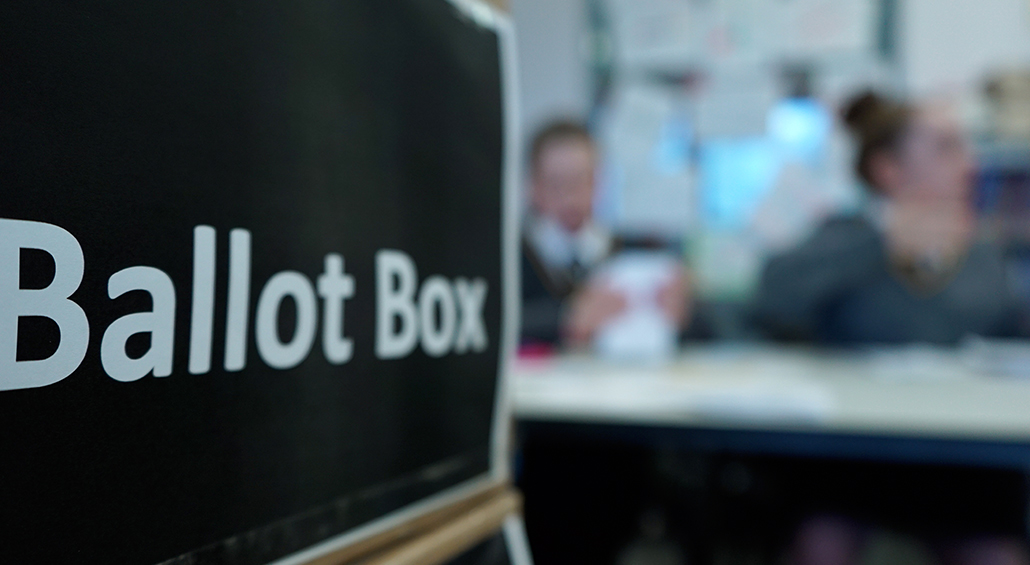 As the country headed to the polls to vote in the 2015 General Election, staff and students at North Liverpool Academy were busy running their own election day to vote for the new Head Boy and Head Girl.

The election process was formally announced in April by Ms Challinor and current Head Boy, Stephen, during a Year 12 assembly where students were asked to apply for the positions.

After the nominations were announced, the candidates drafted their manifestos, created posters to place around the Academy and visited form rooms and assemblies to deliver their speeches.

Following an exhaustive election campaign, over 1500 staff and students headed to the polls on Thursday, 7th May 2015 to cast their vote for the new Head Boy and Head Girl.

The title of Head Boy and Head Girl was awarded to Matthew and Haneen who will work with and lead the Student Voice team into the next academic year.

We’d like to thanks Mrs Snape for being the official adjudicator for the vote count and to Mr McNally, Mr Fry and his class for counting the votes. It was an exciting and fascinating day which demonstrated the maturity of our fellow students when we work together to promote and understand the values and respect that we need to be good citizens.
Student Voice