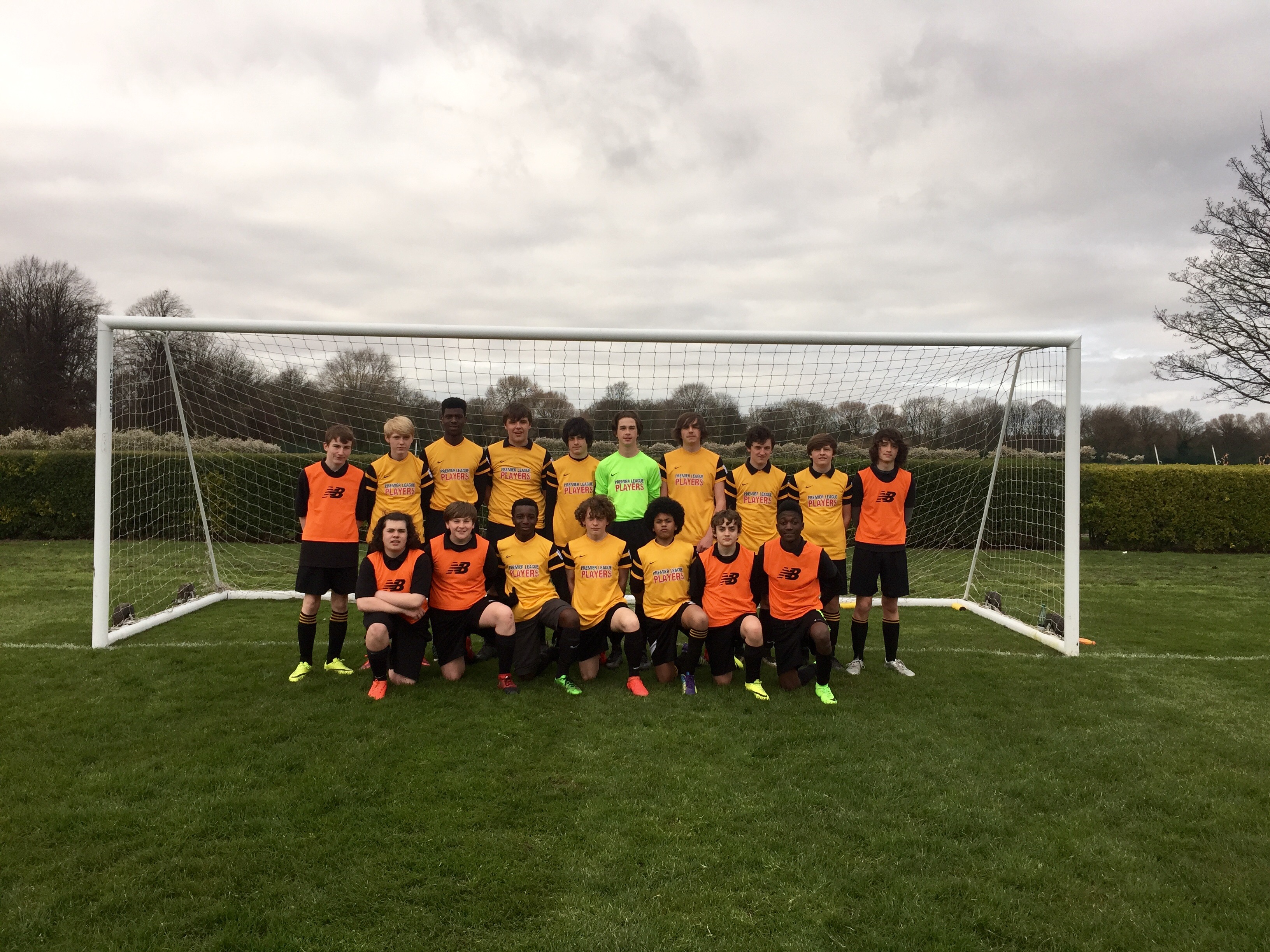 Our Year 10 boys’ football team were in cup final action against SFX this week, marking the school’s first ever boys’ cup final appearance, having qualified just two days before with a 1-0 victory over Calderstones.

Well prepared and well supported by the travelling North Liverpool Academy fans, the boys got off to an electric start, twice going close in the opening minutes only to be denied by the outstretched legs of the opposition. Although they were the underdogs, the boys cranked up the pressure and took an early lead after some good work down the wing from Cassidy and Rivers allowed Kearns-Quinn to fire home, claiming his 13th goal of the season.

North Liverpool Academy worked hard to maintain their lead and managed to shut the opposition out for most of the first half, until SFX notched up an equaliser out of nowhere. The lads rallied together and pressed on. Kearns-Quinn continued to wreak havoc amongst the SFX defence and managed to set free Williams who slotted to put us back in front moments before half time.

SFX came out all guns blazing in the second half and picked up two cautions due to frustration at the score line, one of which could’ve easily been a red card, after a late challenge on the ever impressive Cassidy who was pulling the strings in the middle of the park.

In between the sticks, Galbraith kept the SFX attacking line at bay, pulling out numerous world class stops to maintain North Liverpool Academy’s lead and keep the boys on course for that elusive first trophy.

As the game ticked towards the final whistle, injuries started to take there toll on the North Liverpool Academy side and SFX were able to capitalise, grabbing a late equaliser to send the game into extra time.

Once again, SFX started frantically, pushing hard for the victory. North Liverpool Academy managed to create several chances on the counter attack and looked to use the pace of Mgawadere, Adu-Boateng and Williams to push for a winner, twice going within inches of regaining the lead. With two minutes of extra time remaining, heart break struck for the North Liverpool Academy lads as SFX capitalised on a lapse in concentration at the back and managed to grab a goal that put them in front for the first time during the tie.

North Liverpool Academy continued to show great spirit, throwing the kitchen sink at the SFX backline in search of an equaliser, but got caught on the counter attack which meant the trophy would be heading to South Liverpool for another season.

Striker, Mgawadere reflected on the tie:

“It was a great experience to be in the final as a school team. We worked really hard from the beginning and we are very proud because nobody expected us to play as well as we did. Hopefully we can go one better next year and win the trophy.”

Mr Metcalf, manager of the Year 10 team, expressed his pride in the team’s performance and thanked the travelling fans:

Most man of the match awards: