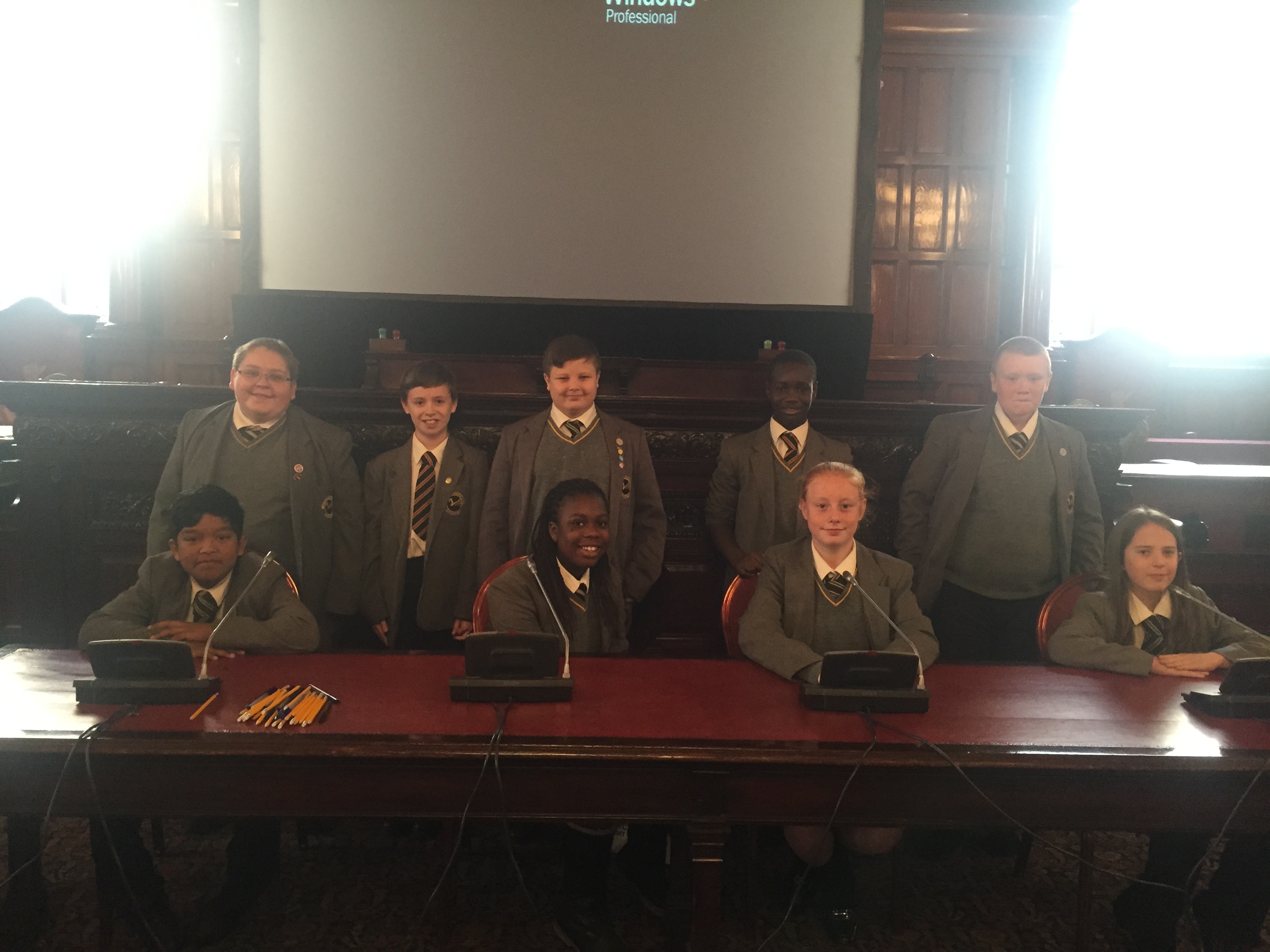 North Liverpool Academy is pleased to announce that we have a new Liverpool Young Lord Mayor attending the school!

Last week 9 brave students made the trip to Liverpool City Council on Dale Street and spent the day learning about the democratic procedure in the city, as well as using some time to make their own election speeches.

They all did wonderfully, but one Year 9 student Justice, shone extra bright and was elected by his peers to become one of the twelve Liverpool Young Lord Mayors.

Kevin, Anna, Jonelle, Jack, Mia, Kansan, Michael and Dylan were the other students attending. Student Voice coordinator, Mrs Challinor, said “the students were all fantastic ambassadors for our school, they all made confident speeches to around 100 people and took part in the election!”

A huge well done to Justice.