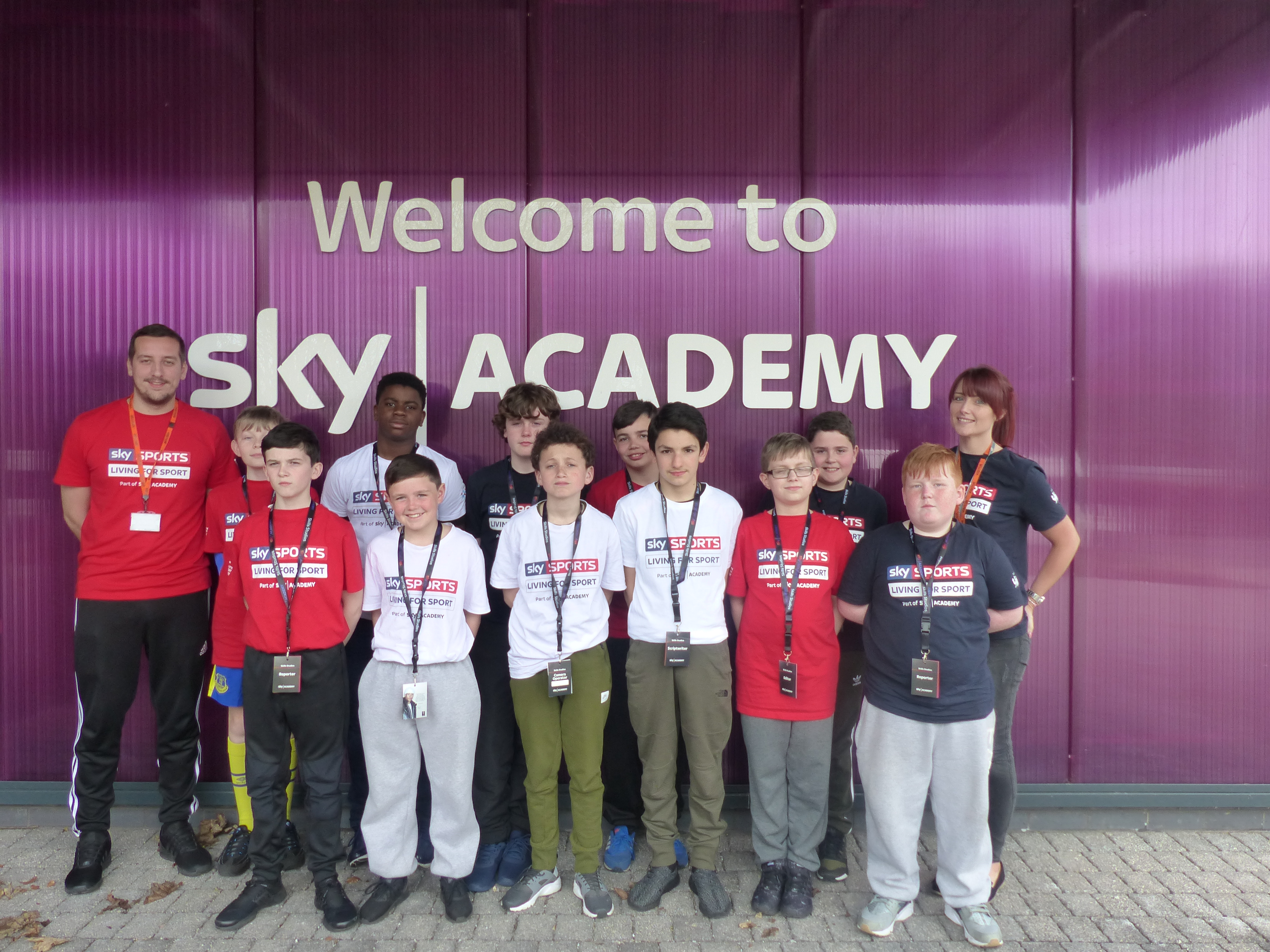 216 miles away in Livingston, Scotland was our destination for a trip to the renowned Sky Academy Studios. Five hours of travelling later and we arrived ready to see what Sky Academy had in store for us – and boy was it worth the wait!

We were fortunate enough to have exclusive access of the Sky Academy Studio’s and were treated to a full afternoon’s entertainment with the Sky crew. The focus was to learn about how Sky put together their amazing TV shows and we were given the task of working in sub-groups to create different parts of a TV show – just like real TV stars.

As a group we decided to make a video about NLA’s partnership with St Helens Rugby League and how they are helping to increase participation in the sport in our community. We put together a news report which was written, directed, presented, produced and edited by ourselves with the help of some Brainiac’s at Sky. Our video was brilliant! David and Mikey did an excellent job introducing the show before handing over to Andrew and Ethan who gave a live news feed from the stadium to reflect on the Saints astounding 31-6 win over local rivals Warrington.

Just like on TV, we almost ran out of time to finish our news report but worked as a team to get it finished and even had enough time to relax and watch our new video on an enormous 150 inch screen!