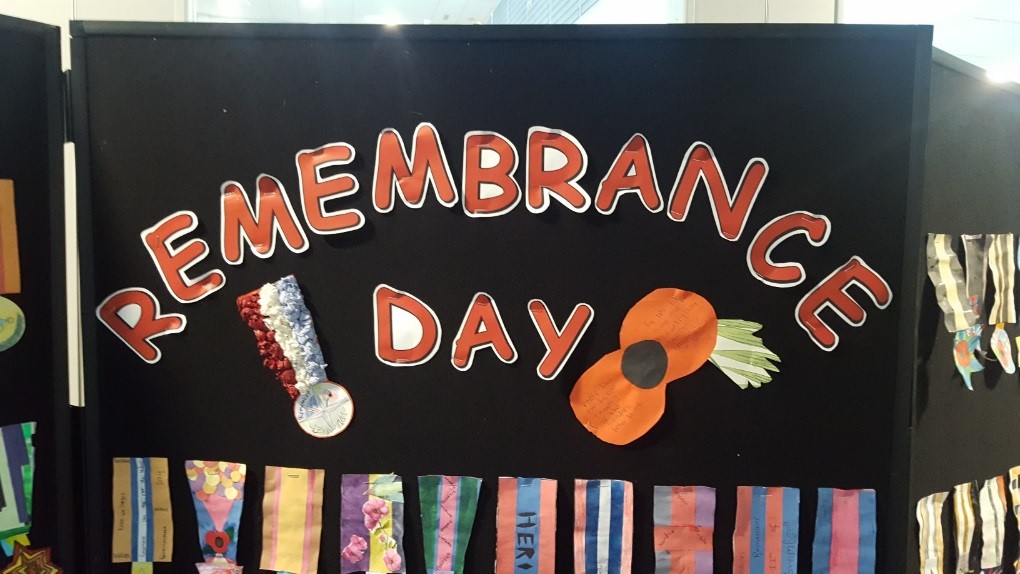 In celebration of Remembrance Day, year 7 and 8 students got together to commemorate the day with handmade medals using skills they had learned from their art lessons.

The exhibition from the art students was inspired by Captain Noel Chavasse’s medals, which are currently on display at the Museum of Liverpool until January 2018.

The Museum of Liverpool stated: ‘The name ‘Chavasse’ is forever associated with heroism and courage thanks to the actions of Noel, and other members of his family, during the First World War. In unimaginably appalling conditions, Captain Chavasse saved the lives of many of his men, losing his own as a consequence in 1917. This group of medals tells a powerful story of the extremes of human sacrifice.’

“Noel Chavasse was a courageous medical doctor whose selfless actions saved many lives. He was completely devoted to his duty and in his own words as he lay dying, he wrote “Duty called and called me to obey”. He had been set for a brilliant career in medicine, but instead he became one of the most extraordinary soldiers Britain has ever seen, winning the Victoria Cross twice and that is why Liverpool is incredibly proud of him.” Stated the Lord Mayor of Liverpool, Councillor Malcolm Kennedy.

Each medal of the NLA exhibition is handmade with collage and individually designed by the students of year 7 and 8, with inspiration taken from Captain Chavasse and from soldiers who have and will continue to fight for them.

Badges were handmade into medals, individually created  by selected students and attached to portraits to commemorate the heroic bravery of soldiers honoured with medals from war.

The medals, usually on display at the Imperial War Museum, are returning to Liverpool as a highlight in a citywide programme of events, including: