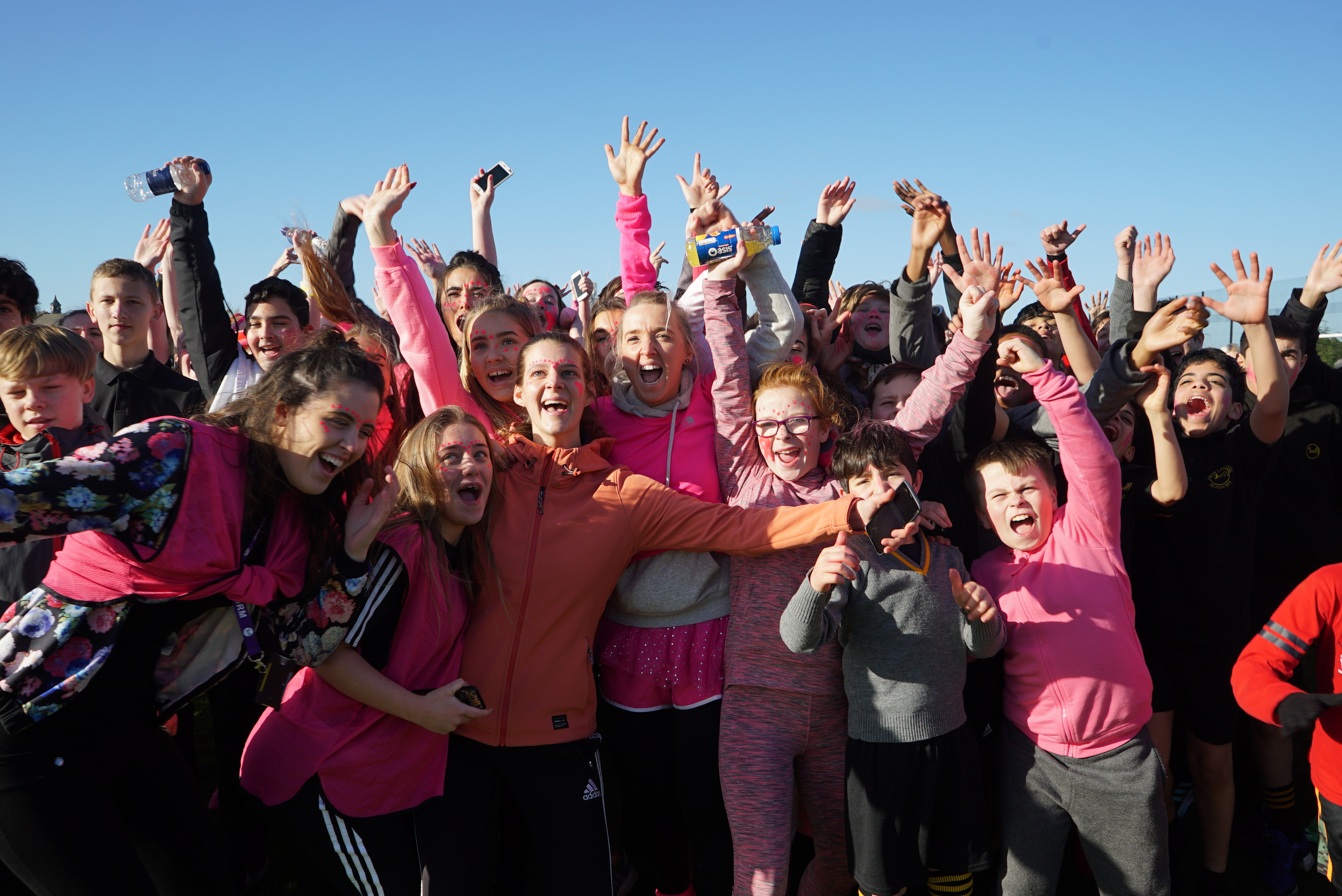 On Friday 9th February over 600 students took part in the Race for Life at North Liverpool Academy. All 600 students ran 3KM around the school grounds in support of such a fantastic cause. The day was great success which started with Chloe Dodo in Year 9 making her own Race for Life cakes and bringing them into sell at break. Chloe volunteering to do this raised £85.00.

During lunch all students headed to the changing room to convert from their grey uniform to vibrant pink flamingos to complete the race. The race started at approximately 2pm. The student who won the race were Matthew Taylor for the boys in Year 13 and Olivia Henderson for the girls in Year 8. Olivia is new to the North Liverpool Academy and what a way to make her mark at the school. Olivia after the event said “As I was running I felt gob smacked that so many people were running for such an amazing cause. I couldn’t believe that I had successfully won the race. As I started running I knew that many people had died from cancer and people that either had or still have cancer need us to take part in days like this and show that we can all become one big team and beat cancer. My mum had cancer last year and I didn’t know what was going to happen, as tears flew down my face I knew that I had a 50-50 chance of my mum either living or passing away. This win is for her and her amazing battle against cancer.”

So far the staff and students have raised £3750 in school and on Just Giving with the sponsorship money still coming in after half term. If you would still like to sponsor the children please click the link below to our just giving page.

Miss Kennedy who organised the event added “To see so many student want to do this race for people they know who have lost and won their battle with cancer and also students who just want to support an unbelievable cause, it’s amazing!!! Every student should feel incredibly proud after doing this event. They are changing lives in such a positive way. I would like to thank all staff who got involved in the event and supported the day. It was a huge success.”