In December The Studio welcomed the gamer’s charity Special Effect into school to explore assistive technologies and how we can support the work they are doing further.

Special Effect use video games and technology to enhance the quality of life of people with disabilities, often working closely with developers to make games accessible for everyone.

The charity’s Director Dr Mick Donegan spoke to students about the importance of making games accessible and how they can modify their own games to benefit a wider audience. This support ranges from altering controller inputs to including varying play speeds that can be accessed through the in-game menu. 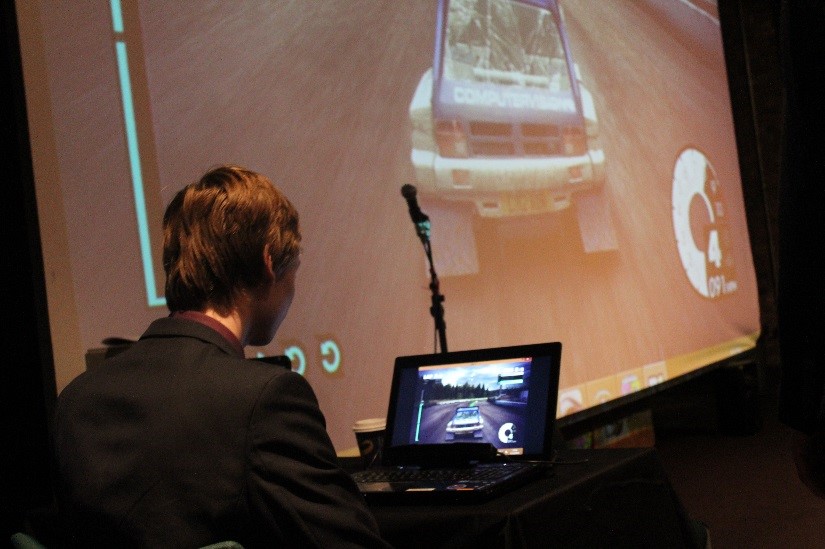 The charity also hosted a tech demo to showcase a piece of eye-gaze technology, inviting students to get involved and explore the technology in more detail.

During the visit we handed over the money raised last year during the Street Fighter II Tournament and would like to thank everyone that donated and took part. We raised £70 for Special Effect and are already looking forward to our next fundraiser!