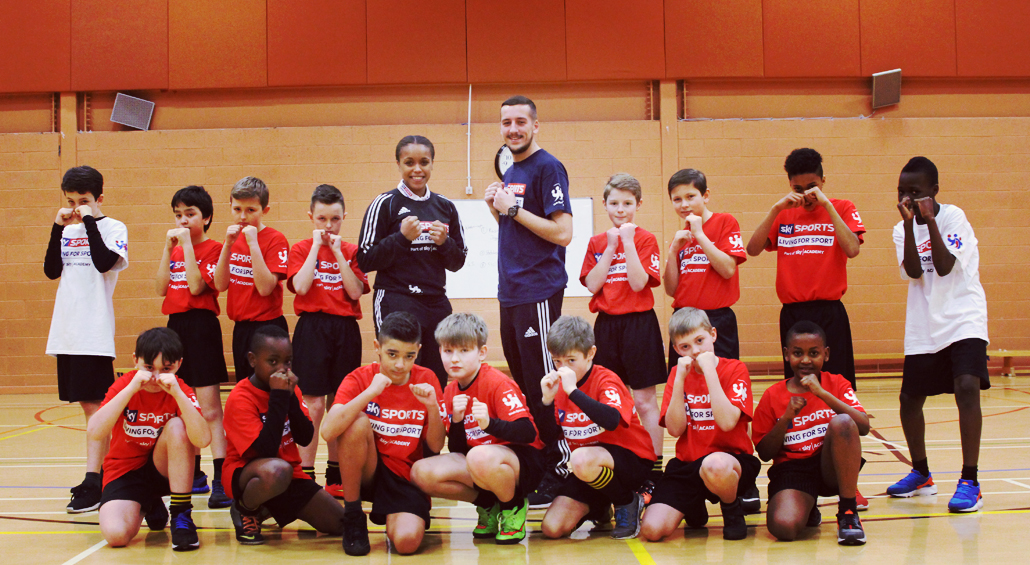 Natasha was the first female boxer to compete for Great Britain and competed in the London 2012 Olympics after only taking up boxing in 2005.

Natasha told the boys about her heartache of missing out on a promising football career due to injury and how she battled through various barriers to become a British Olympian. She also delivered a workshop on the 6 keys to success – showing the group the mental aspects that are needed to achieve their goals and be successful in sport.

The group then took part in an action-packed boxing master class and were overjoyed getting to throw punches on the pads at both Olympian Natasha and Physical Education teacher Mr Metcalf.

15 students who have shown promise and enthusiasm have been selected for the project which will run for 6 months, drawing to a close at the school’s annual sports awards evening.

For the project the students are putting together a video detailing their journey and the barriers they face in the hope that it can be used to motivate future students to engage in PE and school sport.

Student Nathan said “I am proud to be selected for the Sky Sports group as I really enjoy PE and hope to have a career in sport when I am older”.

Mr Metcalf added “The Living for Sport project aims to inspire students to achieve in sport by removing barriers and helping them to grow socially as well as rewarding them for their dedication in PE. This year’s group possess all of the personal qualities needed to be successful and I am certain that the project will draw out these skills.”