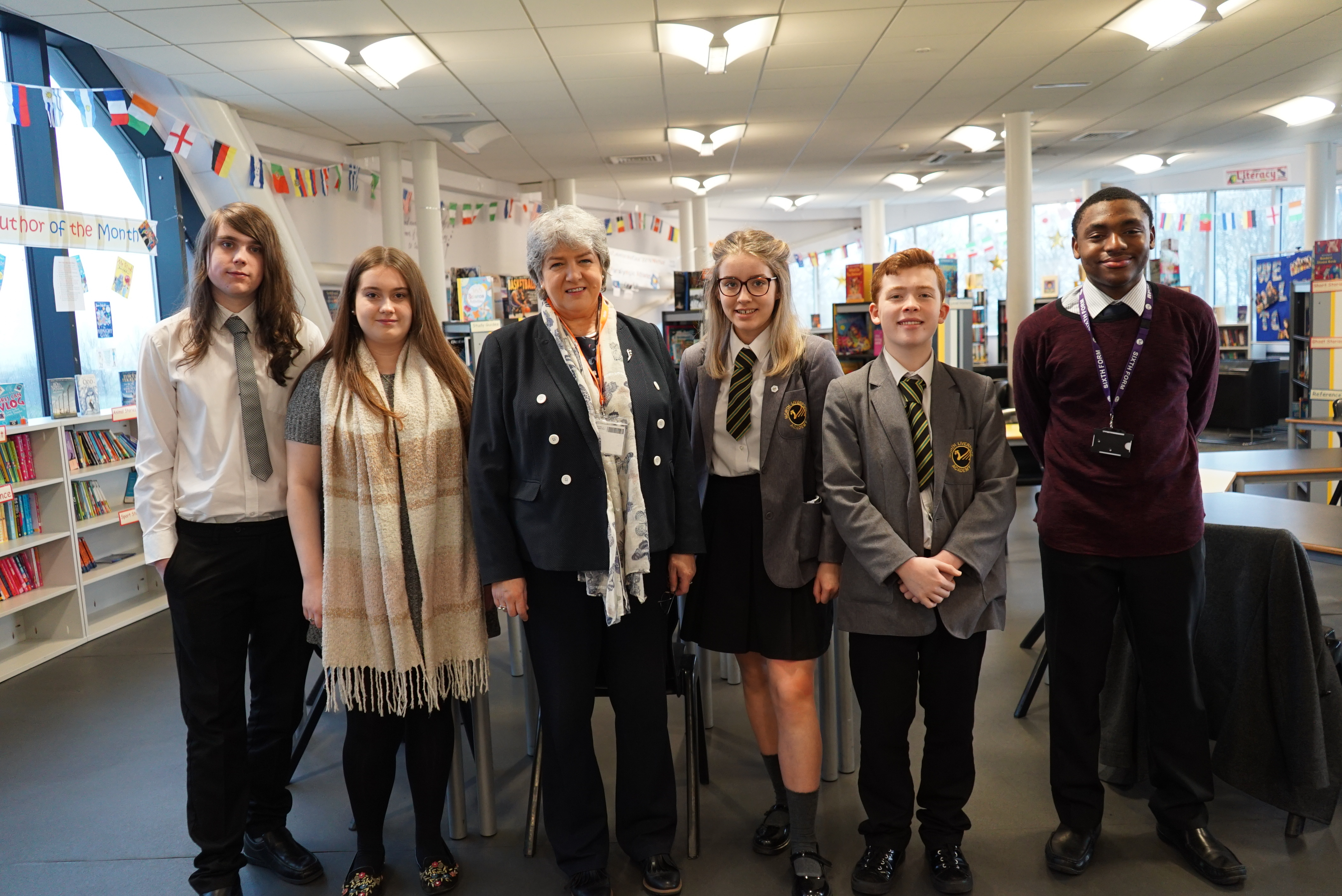 Jane Kennedy visited the Academy on Heyworth Street, in Everton, last week to officially open the new independent report centre and thank the governors, principal, staff and students for becoming part of a network of organisations standing tall against hate.

Third party reporting centres are safe, independent environments where victims or witnesses of hate crime can get help to report an incident in complete confidence and without speaking to the police. Individuals will be supported to contact national charity Stop Hate UK, who provide a pan-Merseyside reporting service.

There are now more than 90 centres across Merseyside, ranging from libraries and fire stations to places of worship, community centres, one-stop shops, housing trusts, museums and hospitals, which offer this service. At each centre, staff are trained to help victims to get advice and support in a secure environment. Third party reporting centres can be identified by a ‘red hand’ logo.

During her visit, the Commissioner joined Principal Mike Westerdale in leading a discussion on hate crime with approximately 80 students, outlining her work to raise awareness of this issue and encourage more victims to come forward and report incidents. Jane also took time afterwards to meet 12 students from the Academy who have been nominated to join her Youth Advisory Group

Jane said: “I’m thrilled that the North Liverpool Academy have agreed to become our first school-based third party reporting centre. It demonstrates NLA’s strong commitment to fairness, inclusion and equality for all its pupils, their families and the whole school community. I hope they will be the trail-blazers for other schools, colleges and academies across the region.

“People of all ages and from every walk of life, have the right to feel safe in their community, free from harassment and fear.  This centre is another step in making that a reality for people in the Kirkdale and Anfield areas of the city, while giving pupils and adults alike another option to report any incidents.

“I would encourage anyone who has experienced or witnessed a hate crime to come forward without fear, whether it is to the police, Stop Hate UK or a local charity – you will be listened to, understood and treated with respect.

North Liverpool Academy Principal Mike Westerdale said: “Once again it is tremendously humbling to be part of an Academy placing our young people and community at the heart of its work.

“I am delighted the Police Commissioner is recognising our outstanding practice and our ongoing fight against hate crime at every level, which was also praised in our recent OFSTED inspection judging North Liverpool Academy to be a ‘Good’ educational provider.

Anyone with information on hate crime is asked to contact Merseyside Police social media desk via Twitter @MerPolCC or Facebook Merseyside Police CC. You can also call 101. If you do not wish to speak to the police, please contact independent charity Stop Hate UK on 0800 138 1625 or www.stophateuk.org

If you have been a victim of crime, you can also visit www.victimcaremerseyside.org