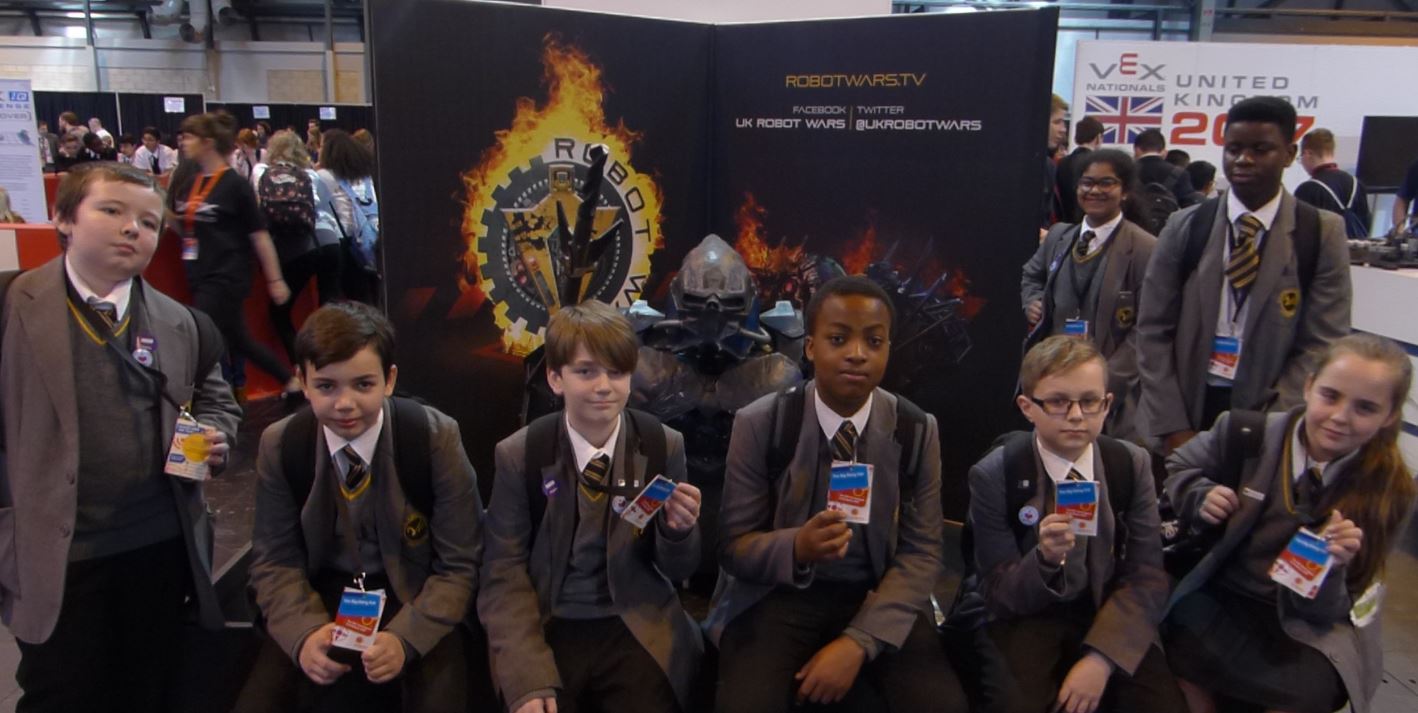 Last week, the Year 7 More Able and Talented group at North Liverpool Academy set off on a long arduous journey down the M6 to visit the National Exhibition Centre (NEC), Birmingham. The group of budding young scientists were involved in the Big Bang Science Fair as part of National Science Week 2017.

Once inside the huge NEC students were given the opportunity to explore a wealth of careers involving science, technology and engineering, as well as speak to other students about their experiments. Professionals from companies, such as BAE Systems, the National Grid and the British Army were also on hand to give careers advice. Throughout the day students gained an insight into how science contributes towards supporting our modern day industries.

Aaron, Year 7, gave us his thoughts on the trip:

“The Birmingham Big Bang event was probably the greatest school trip yet!”

“8 people from the more able and talented group got picked to go to this event and I was lucky enough to have been chosen. We were monitored by two great members of staff (Mr Metcalf and Mrs Johnston). The trip on the school bus was never ending to Birmingham which is many miles away – but it wasn’t all bad because I had fun next to my friends. Once we got there, we saw loads of other schools from around the United Kingdom. Once we were inside it was like a wonderland. There was loads of science experiments and live shows going on, we also got to walk around in groups and discover new things from all of the experiments going on. All in all it was a great day and a wonderful trip and I learnt lots of new things to tell my friends back at school.”

Mr Metcalf reflected on the trip:

“The highlight of the day had to be seeing a student design a working prototype that harnesses energy from melting ice (using only candles and baking trays) to create enough energy to charge an iPhone!”