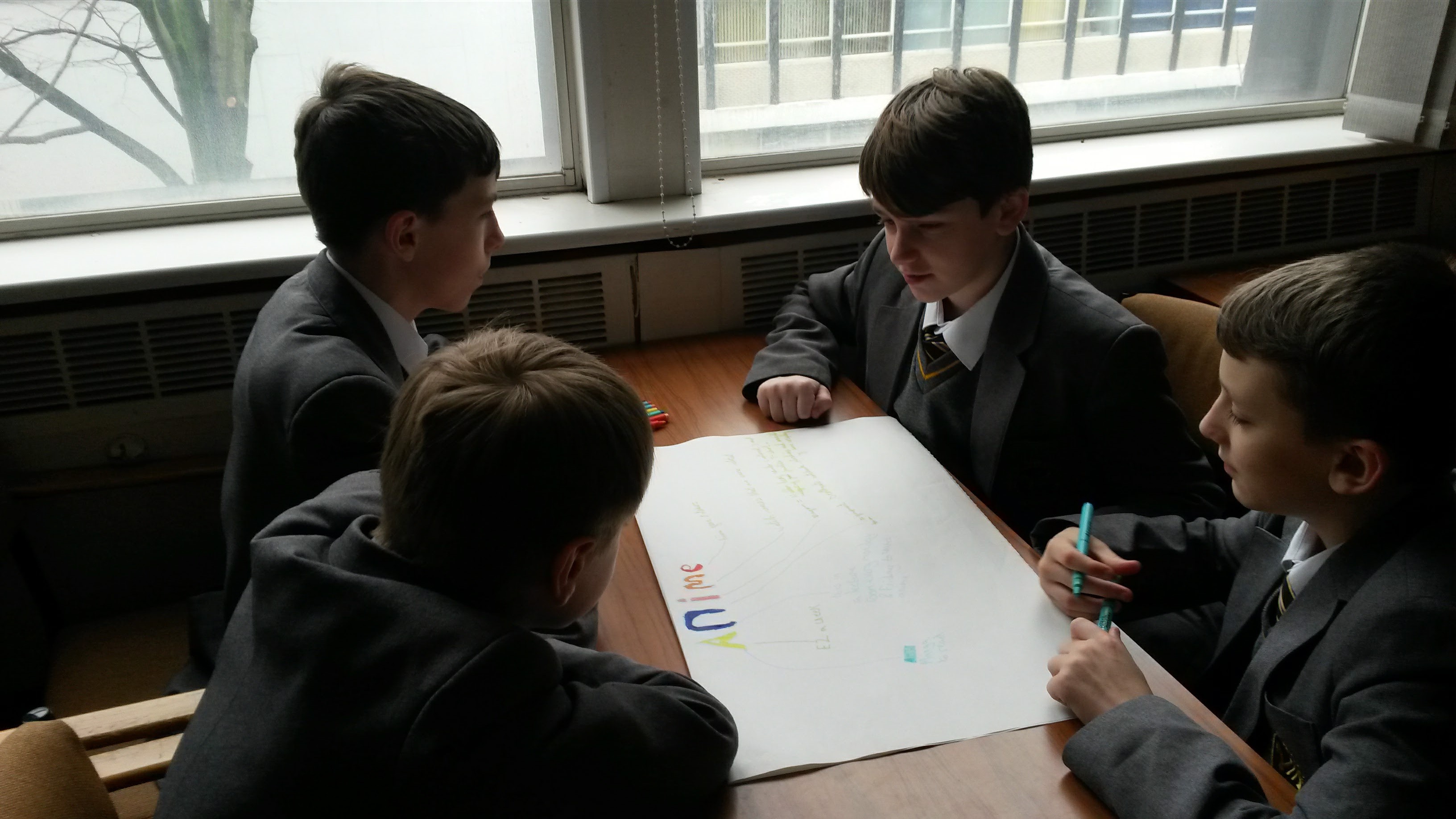 On Tuesday 24th and Wednesday 25th January, 120 Year 7 students took a tour of the University of Liverpool campus.

On arrival, students were met and greeted by the very friendly student advocates, who escorted them across the huge campus for their first session in one of the many seminar rooms. Year 7 students worked together in groups to plan and design their own Student Society, before presenting their ideas to the rest of the group. Our students come up with some brilliant ideas, such as Anime Club, Street Dancing, Music for Charity and Football Warriors. The club that gained the most votes, however, was Bug Marines, an idea which encouraged students to bring and train a selection of bugs using ready-made obstacle courses! Congratulations go to Liam Lambert, Coby Ali, James Charnock, Divine Udoma and Al-Amin Afolabi for their winning ideas – and for their demonstration starring Jeff, the ladybug.

Following a brief walk across campus, students took part in their second session of the day, where they learned how to plan their finances and budget for luxuries. Most students managed to plan their student allowances so carefully that they were even left with enough money for a takeaway dinner at the end of the week! Students were lead to appreciate the financial aspect of life at university, and how important it was to plan ahead.

Students were then taken on a tour around some of the 192 buildings that make up the enormous campus. They explored the sports hall and the library, and were particularly impressed by the rolling bookcases, as well as the vast range of technology and laptops available for loan. Callum McGrawth was even allowed to search for one of his favourite books – the Walking Dead – which he was delighted to find was in stock at the library!

After lunch, students were then treated to a very exciting science lecture. Students learned all about the properties of solids, liquids and gasses, and took part in a number of terrifying experiments involving liquid nitrogen! Firstly, they witnessed self-inflating balloons that had been frozen to -196 degrees Celsius and inflated automatically as they thawed to room temperature. Volunteers were then invited down, and once properly dressed in protective equipment, used a hammer to smash a range of objects that had been dipped in the liquid nitrogen, including rubber and flowers! Students were further treated to a demonstration of what would happen to the human stomach if liquid nitrogen were ingested – this one resulted in a very loud bang!

Overall, the students thoroughly enjoyed their day, and many are already considering the degree courses that they would like to study at university!